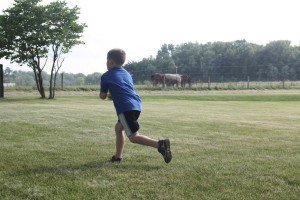 The cry was bellowed, …”This day I defy the ranks of Israel!
Give me a man and let us fight each other.”
(1 Sam. 17:10 NIV*)
It is the giant in the eyes of our flesh crying out his supposed strength; it is our Goliath.
Many of us have one of “him.”  It might be anger, self-worth, impatience, a lack of compassion, rage, jealousy, unforgiveness or other, yet that giant resides.  Many times we look at our Goliath and tremble in fear, sitting amid thoughts of, “I can’t do it. I can’t overcome this.  I’m not worth it.”   Those statements are the voice of Goliath.  They are the voice of fear and are immersed in darkness’ ploy.
Like Saul, many of us pick up our own powerless armor and fight with all “our” ability.  Outwardly, we look immaculate, resembling Saul, as if we have it all together. Yet, behind the scenes the story begs to differ. “Our” fight lacks the sufficiency and power to watch the giant fall once and for all. The outward appearance is only a lackluster facade that eventually wanes.
Leaving the immaculate behind, we might appear as the Israelites, a group who trembled at the very words of this enemy. Somehow, someway their faith in the Lord was lulled to sleep as they stood by, knees knocking, waiting for “someone” to fight this battle for them. They weren’t willing to step forward and fight the battle. They were scared. They were trapped.
However, there was one who was different.  He was scoffed at, laughed over and viewed with disbelief, yet he ran forward with a willing faith.  Saul tried to clothe him with his best armor, yet he placed no trust in this handsome man’s ability but rather in the Lord’s.  It was David.
The voices of darkness, whether from the giant or disbelief from his own kind, penetrated not his heart, soul, mind or strength. They failed to stall or stop him, instead he quickly ran toward the fight with the tools the Lord gave him;  a sling and some stones. He paused, hesitated nor sauntered. Instead, he sprinted forward to grab the Lord’s victory, eliminating life with this looming giant.
As the Philistine moved closer to attack him,
David ran quickly toward the battle line to meet him.
I Samuel 17:48 NIV*
When our Goliath steps up to the plate, moving toward us in supposed certainty, let not those words of darkness shape our hearts.  Let not the disbelief or armor of others clothe our minds, keeping us in the land of captivity. Instead, let the possibility of a sling and some stones, tools of the Lord himself, guide us in faith.  Let us have willing hearts to run toward the giants in our lives as we watch the Lord battle, as we watch the Lord save. Let us walk our lives in the name of the LORD Almighty.
David said to the Philistine, “You come against me with sword and spear and javelin,
but I come against you in the name of the LORD Almighty,
the God of the armies of Israel, whom you have defied…
and the whole world will know that there is a God in Israel.
All those gathered here will know that it is not by sword or spear that the LORD saves;
for the battle is the LORD’S,
and he will give all of you into our hands.”
I Sam. 17:45-17 NIV*

Oh branches, grab your slings, grabs those stones.  Believe in the Lord and know it’s His battle.  Do it in the name of the LORD Almighty, and run to your Goliath.