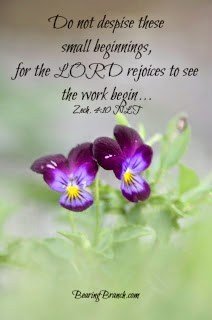 Beer bottles littered the supposedly clean and guest-ready room. It looked as though someone, a young sailor, party-hardy someone, had recently stepped out with the intention of coming back soon. We were standing, dismayed, in a bachelor’s junior enlisted quarters (BEQ) room on base, and I felt like an intruder stepping into a stranger’s personal space.
And the smell, oh, the smell…
A recliner that I certainly wouldn’t have placed one thigh on, let alone put my worst enemy in, was pushed to the side. The smaller stature, lone chair of comfort was sitting near the window alongside a sturdy-looking, institutional style desk. The chair’s color was masked because of the crowd of stains filling its fibers.
And it smelled.
Vomit.
Urine.
Alcohol.
Their nauseating aromas mixed to clothe the room and my nose with their nasty cologne.
What had we gotten into? That was the question I asked myself. My husband had recently reenlisted in the Navy. We felt certain this was God’s call, so off he went. I stayed behind in Georgia for six months, finishing time at my comfortable, corporate America job while selling our comfortable, middle-class home. Hubby, on the other hand, forged ahead into the not-so-comfortable Navy lifestyle once again.
I had made the nearly six-hour drive to the Navy base to spend the weekend with my sailor husband. It was the beginning of several such trips. He had carefully arranged our overnight accommodations on base. We were certainly excited to see each other again, but this room wasn’t what either of us expected.
But then again…
small beginnings aren’t always what any of us expect.
Do not despise these small beginnings,
for the LORD rejoices to see the work begin,
to see the plumb line in Zerubbabel’s hand.”
(The seven lamps represent the eyes of the LORD that search all around the world.)
Zechariah 4:10 NLT
In the end, my husband managed to talk the front desk clerk into placing us in another room. It wasn’t much better, but at least the smell was a typical room aroma.
It was a small beginning.
I was on the inaugural steps of a serious, not-simply-playing-church, walk with God, but man….was it ugly at times! Like laying the foundation of a new wall, those small beginnings were tedious, messy, and weren’t always glorious…and it’s likely a few folks questioned what on earth my husband and I were doing. Sometimes, I wondered what we were doing! But, as each stone was set in place on that wall, it was evident it was the Lord’s hand. And, His hand became more obvious with each stone set. He was building my wall.
When the Lord builds it, life is a beautiful thing.
Perhaps you have a wall He’s building also? Maybe it’s messy right now or is taking longer than expected. It might contain experiences you’d rather not have walked through or experiences that seem lesser in importance. It might even smell.
Can I encourage you today?
Let’s not despise those small beginnings. When the Lord builds a wall, we will see that even our smelly BEQ’s will be used in that wall. It may not be evident initially, but He has a purpose for them. They might bring encouragement to another, they might make the wall fortified, building it stronger for future battles against the enemy.  Maybe they’ll be used to break through our pride, or the small beginnings might simply be there to bring Him glory. Regardless, when the Lord builds it, those small beginnings transform into a beautiful thing.
Diving Into Action~
Antonyms of “despise” include cherish, praise, and appreciate. As an action step today, why not take five minutes to list, either verbally or in writing, your praises and appreciation for the “small beginnings” in your life? Ready? Go!