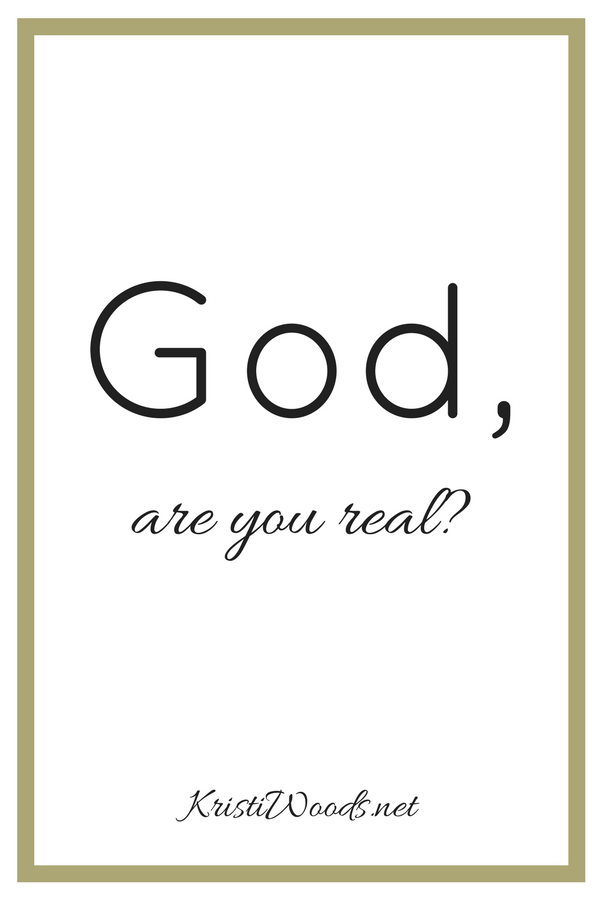 God, are you real?

Are you a believer in Jesus Christ? I became one in my 20’s. They say the statistics dive low for folks becoming Christians once they hit their adult years. (At least I recollect something of the sort.) That memo must have flown straight out the window in my case. I hope it did in yours as well.

After believing in Jesus, setting my life and heart at His feet, I nearly did an about-face. I began questioning if God was real. After all, I couldn’t feel, touch, or talk with Him – not in a typical, natural way. Was He real, or was I simply aiming at a nonexistent target alongside a wide batch of other folks called Christians?

In order to truly follow Jesus, I needed more. And that’s where the questioning began – and where the Holy Spirit set answers.

Hurricanes, wildfires – natural disasters of the wide-spread kind – are hitting the United States right now. Earthquakes and hurricanes are hitting Mexico. What in the world is going on?

In times like these, some folks question the reality of God. Those times of questioning, as scary as they seem, can actually be faith-building opportunities.

With the counsel of the Holy Spirit, I landed on a solid, Yes! God is real. He answered my wavering in a way no other could, setting my faith forever on solid ground. If you have similar questions, hang in there. He’ll answer your questions, too.

Here’s an article I wrote for Crosswalk.com concerning the question of whether God is real.

Feel free to share it with those who are questioning at this very moment. Soak in it yourself – and let me know your thoughts.

I love and appreciate you guys!

Oh, and before we close, a huge  T H A N K    Y O U  for the recent subscriber feedback. You spoke. Now, I’ll get my fingers in gear and this month we’ll have a new subscriber-only library as well as a new subscriber gift. Yay!