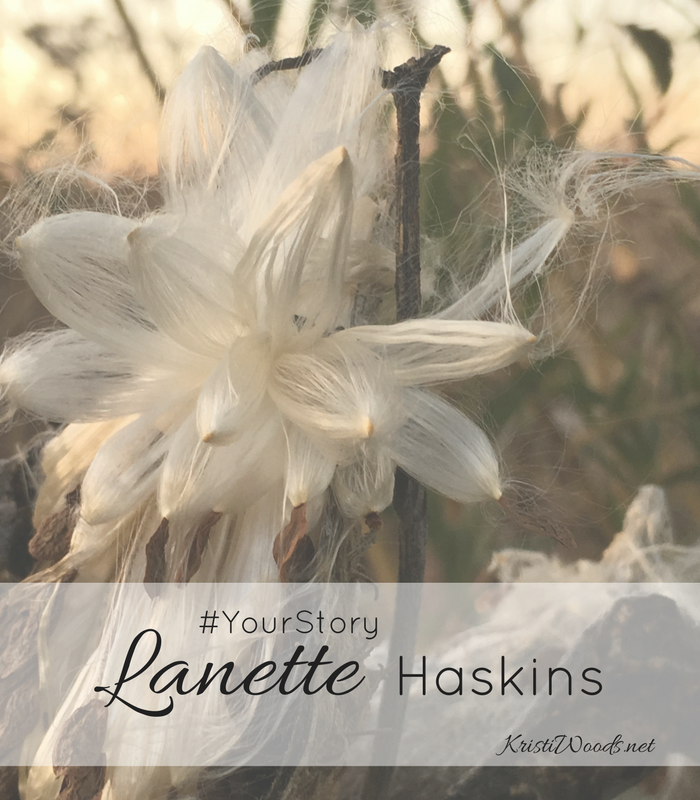 We all have a story to tell — the good, the bad, the ugly and sometimes the really ugly. The good things are easy to share, it’s the other stuff that we hesitate to reveal. There are those parts of our stories that we would rather be left untold (and of course some details should be left out) but the truth is when we’re willing to share our stories, we encourage others that they’re not alone in their suffering and that gives them hope.

And that’s what I want to do — give others HOPE.

That’s why I write, not to share the ugly parts of my story but to share how God was able to take what was ugly and transform it into something beautiful…

When I was 10 years old I discovered that I had been adopted by the man I called dad. In that moment my life was forever changed as the enemy of my soul planted lies that I would believe for many years to come.

Because I wasn’t planned, I thought that God didn’t have a plan for me. I believed that I was a mistake — a life never meant to be lived. I never felt pretty enough, thin enough, smart enough, talented enough, or good enough and circumstances continually led me to believe that I had no value. I even believed that I deserved whatever happened — like when the “nice guy” who offered me a ride home from a party pulled into a field, locked the doors, and then stole from me the only thing of value that I had to offer.

And so I began searching for love and acceptance that I would never find in any man, only more confirmation of what I had believed all along and the more I gave myself away the more I believed the lies.

Bad choices have a way of multiplying rapidly when you shut God out and that was certainly true in my case. Bad choice after bad choice resulted in a teenage pregnancy, a late-term abortion, and shame and guilt that would hold me prisoner for the majority of my life.

Maybe you’ve made choices that have caused you deep pain and regret. Maybe the shame and guilt have been more than you can bear and maybe you believe that you deserve to be punished. Maybe you’ve been a prisoner to your past. Can I tell you something? Jesus will not leave you there. Just like the parable of the one lost sheep in Luke 15:1-7. He will come to find you. He will carry you home. And He will rejoice in your return.

His grace found me. I was lost and He came looking for me. He carried me home and rejoiced over me — I was enough. Enough for Him to choose me. Enough for Him to die for me. I was drowning in the ocean of it, nothing I had ever done could compare to His grace. It was more than enough to cover my sin and make me clean. His blood poured out for me. I was a new creation, not an improvement of who I used to be but NEW. And friend, He wants to do the same for you.

This means that anyone who belongs to Christ has become a new person. The old life is gone; a new life has begun! 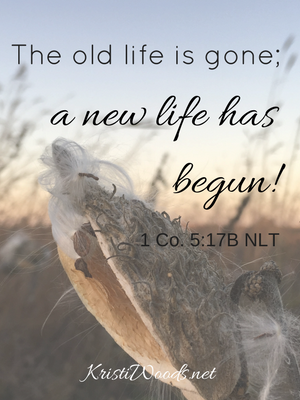 My past is no longer a painful reminder of shame and guilt but a platform to lead others out of darkness and captivity into truth and freedom through Christ.

We can’t change our past but we can give it to God and trust Him to change our hearts.

My story is really God’s story of redemption and restoration through Jesus. It’s a story of His Beauty for my ashes. I share my story to give others hope and to give Him glory.

Remember, “the power of our stories is tremendous, but left untold, they are useless.”

God has a purpose and a plan for each and every one of us, so share your story, give others hope, lead them to Jesus. 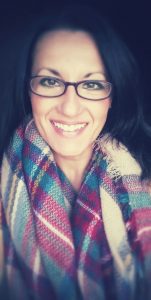 Lanette Haskins is a writer, speaker, ministry leader and an artist. She is passionate about leading others out of the shame of their past by sharing her own story of Christ’s redeeming love. Lanette is a wife, mom and grammy living in West Michigan. She blogs at Your Grace Found Me, and can be found on Facebook, Twitter and Instagram.