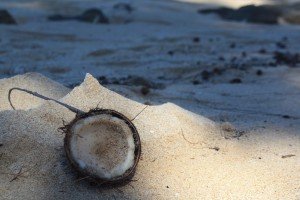 There was something different about the young man. Yes, the king took notice and acknowledged that something about Daniel was truly “different”. After all, Daniel had interpreted the king’s dream while all the “others” failed to come close.  But even in the midst of interpreted dreams, the king failed to recognize that Heaven rules. He still had that hard outer shell on.
Daniel’s help had come from Heaven, the insight for this dream and the power behind the young man, and the fruit and realness oozed from him. Yet, King Nebuchadnezzar continued to look at man for power and rule. He continued to throw out his “I dids”, “me”, “my” and “I”, feeling confident in his own power and potential.  The meat of realness was hidden underneath the shell of pride, doing good for no one. And, even when Daniel gave the advice to renounce his sins, the king dismissed the thought of being broken in humbleness.
His lack of humility soon became his downfall as the dream came to fruition and King Nebuchadnezzar found himself cut down and left to wander in the wilderness of pride. “His” kingdom was gone and so was the power, authority and rule built by man. Pride, the power of man or his own ability, was not enough to sustain him.
Immediately what had been said about Nebuchadnezzar was fulfilled.
He was driven away from people
and ate grass like cattle….
Daniel 4:33a NIV*
Even though pride took him to the wild, I love the fact that God was still there. Even though we walk around with pride creating this hard shell much like a coconut’s, He is still there. He will give another opportunity to rise if we’ll humble ourselves, allowing ourselves to be broken, in His sight.
In the dream, a stump was left as an opportunity for the king’s tree, or kingdom, to grow once again.  But, it would only grow once again if humility was at the root.  Pride would have to go. Likewise, dear Branches, if our love for the Lord and walk with Him is going to grow, the shell of pride must be broken.
Once the king raised his eyes to heaven, pride was triumphed over and his sanity was restored. Praise was released from his lips as the king honored and glorified God Almighty. It was amazing.
Now I, Nebuchadnezzar, praise and exalt and glorify the King of heaven,
because everything he does is right
and all his ways are just.
And those who walk in pride he is able to humble.
Daniel 4:37 NIV*
It was a beautiful ending to the chapter. We can have that beautiful ending too. Allowing God to show us our pride, so we recognize the ick, is the first step. After recognition comes severing of the root of pride then healing. Once healing has been set, we’ll see that praise will easily burst forth from our lips.  It’s like getting to the meat of the coconut…yum! We’ll know that our power is insufficient but that all He does is right and just.  Yes indeed, He is the King of kings and His power is right and just.
Father,
I come to You today asking You to search me for any pride that might try to hide. Lord reveal the filth and cut it out.  Sever it at the root, oh Father, with the power You so amazingly contain.  Lord, come to my rescue and show me the way out. Heal and humble me with the power of Jesus’ name that I might spread forth Your praise and goodness all the days of my life.  Thank You and praise Your Holy Name!
In Jesus’ Name,
Amen.