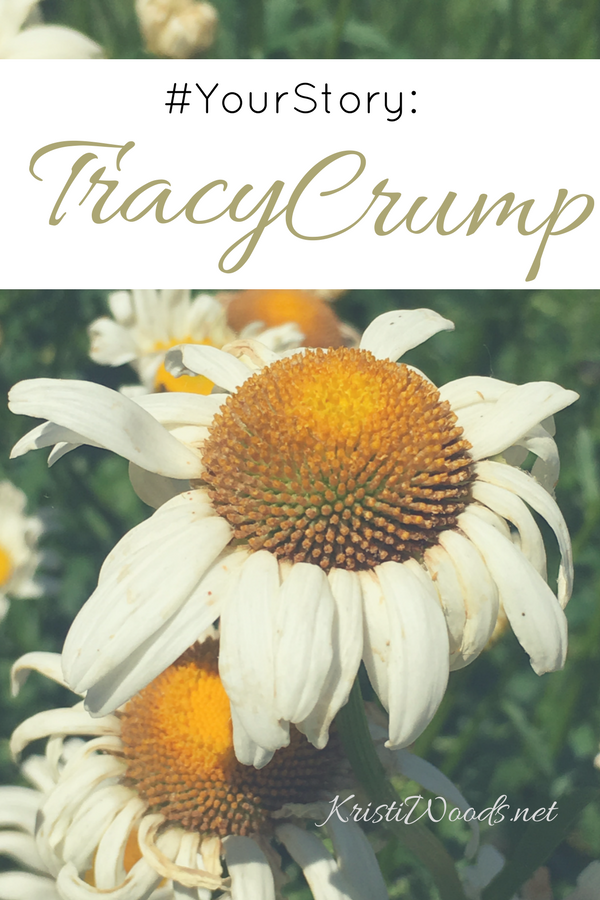 Night after night, thoughts whirled through my mind like a relentless wind, scattering my prayers. Something was seriously wrong with my mother.

“Dementia,” the doctor proclaimed after doing a quick mental test.

But that didn’t explain the other odd symptoms she exhibited.

During the day, I researched and prayed for wisdom with no results. Each night I tossed and turned.

I’m a nurse. I should be able to figure this out. But no insights came. I couldn’t even offer up a coherent prayer. Every time I tried, my mind started churning on the problem again. Exhausted, I began quoting Scripture to turn my thoughts.

The LORD is my shepherd; I have all that I need. He lets me rest in green meadows; he leads me beside peaceful streams . . .

Streams. Water. Maybe she has a urinary tract infection. That can have strange effects on an elderly person. And I was off again.

Meanwhile Mom continued to decline. One doctor did an MRI that was inconclusive. When asked if she was dizzy, she said, “Maybe a little, sometimes,” so he sent us to an ear specialist. Hundreds of dollars worth of tests later, the otolaryngologist diagnosed a balance disorder and prescribed special exercises. Mom faithfully did them with no results. Still her memory seeped away. She gave up reading, her lifelong passion, because she couldn’t follow a story line. Cooking and driving became impossible. She also did strange things like leaning to one side without realizing it and walking on the side of her foot. This wasn’t simple dementia.

What’s wrong, Lord? I need your help. I don’t know what to do, where to go.

Mom became increasingly confused, going to bed and getting up an hour later thinking it was morning. Or searching the house for her mother who’d been dead thirty years. A series of falls put her in the hospital and finally into a skilled nursing facility. She deteriorated to the point that she gave only one or two word answers to questions and lost the ability to walk altogether. Her memory was nil.

Even when I walk through the darkest valley, I will not be afraid, for you are close beside me. Your rod and your staff protect and comfort me.

We continued to visit doctors looking for answers. I continued to pray for God’s guidance. Each night was the same. I turned the problem over to God one minute and took it back the next. Surely I could find an answer, something to help her.

Then one night, I gave up. Lord, I can’t do this anymore. I’ve asked for help, but I don’t have any answers. I quit. I fell into a peaceful sleep.

A few nights later, three words came to mind: normal pressure hydrocephalus. Twenty years earlier, a friend’s father had started falling, and doctors found he had a treatable condition in which his brain did not reabsorb cerebrospinal fluid. Without surgery, the pressure buildup would have killed him. The next morning, I researched NPH and began pushing for a specialized test that would determine if Mom had it. She did.

Surely your goodness and unfailing love will pursue me all the days of my life, and I will live in the house of the LORD forever.

Three days after Mom had a shunt inserted to drain the excess fluid, she began making complete sentences. Her memory improved as did her ability to walk. We brought her home where she lived for another three years, three years we would not have had her if God hadn’t given me the answer.

O LORD my God, you have performed many wonders for us. Your plans for us are too numerous to list. You have no equal. If I tried to recite all your wonderful deeds, I would never come to the end of them.

Bio: Tracy Crump loves to delve into God’s Word and shares thoughts  in Upper Room and other devotional magazines. Her stories have appeared in nineteen Chicken Soup for the Soul books, and as co-director of Write Life Workshops, she conducts workshops and webinars and recently recorded a class for Serious Writer Academy on writing for Chicken Soup. She also edits The Write Life e-newsletter, which has inspired many writers to move forward with their writing, and serves as registrar for the Mid-South Christian Writers Conference. But her most important job is Grandma to two perfect grandchildren. Visit her on her website, Facebook, Twitter, or Serious Writer Academy.

do you struggle with rejection?

Join this story journey. Don't miss out on updates and new releases. Oh, and access to the Subscriber Library, too. There, you'll find free stories (coming soon!) and faith-building helps.
Sign up here.